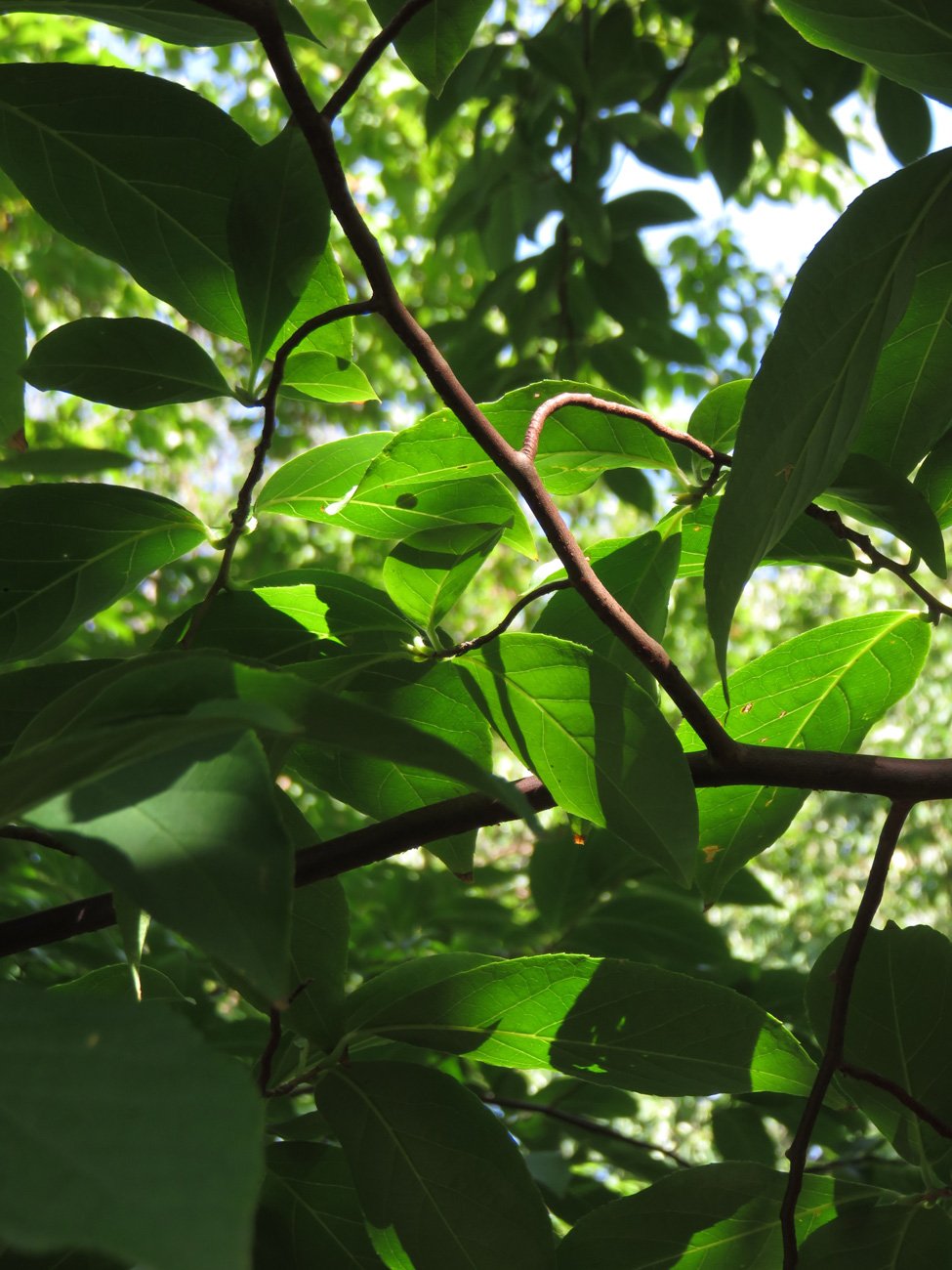 This Chinese stewartia was collected in 1994 on a mountainside in central China. In spring, the tree grows red-tinged green leaves. In summer, white flowers bloom with long, yellow-orange stamens. In fall and winter, the dramatic, multicolored bark takes center stage.

In the segment below, learn about how plant material is screened and processed when it enters to the United States.

On September 20, the group passed a small, 8-inch-tall seedling of Chinese stewartia. Del Tredici dug it up, and prepared the seedling for its long journey back to the Arboretum.

Incoming plant material, whether it’s seeds—or, less commonly, seedlings or cuttings—must enter the United States through the United States Department of Agriculture, or USDA. The USDA’s Animal and Plant Health Inspection Service issues permits for importing seeds and other material, and runs processing centers around the country that review the incoming shipments. At these centers, the plant material is carefully checked for harmful pests and disease.

After the tree before you was collected on Wudang mountain, the soil was washed away from its roots, and the seedling was packed in moist sphagnum moss. It was shipped to the USDA inspection station in Beltsville, Maryland, and, after 48 days on the road, arrived at the Arboretum on November 7, 1994. After six years in the greenhouses and nurseries, it was planted here in 2000, in the midst of many of the stewartias that make up the Arboretum’s nationally accredited collection.

Well it was a long time ago, 1994! We were on a mountain in central China in Hubei province. A mountain called Wudang Shan.

This particular seedling, I remember collecting it. It was pouring rain and we were way off the beaten track—no tourists on this track. We were off by ourselves, and because one of the members of our team was from the US Department of Agriculture in Washington, DC, he had permission to collect seedlings. We of course had to wash all the soil off the roots and pack the root system with sphagnum moss before we could send it to the United States. And it spent a few months in quarantine in Beltsville, Maryland, the USDA site there. And then, after the quarantine period, where they made sure that there were no pests or pathogens on the plant, it was released to the Arboretum and we cultivated it in our nursery for a few years, and then planted it out on the grounds.

The genus Stewartia is one of the signature plants of the Arboretum. We have been collecting and doing research on it for over 100 years. It’s very interesting. It’s a member of the tea family, that would be the Camellia family, so that’s not a group that’s well-represented in the North American flora and it’s got an ancient lineage, and of course it’s incredibly beautiful. It’s one of the most stunning ornamental trees we can grow.

This is the Chinese stewartia, Stewartia sinensis, and it’s not very common in cultivation in North America. And in fact, when we were collecting it, the tree—as I said—was about 50 feet tall, and it was too tall to climb and collect seeds. And that’s why we collected this one seedling, because there were no seeds anywhere to be found. So, as a result of that, it’s actually not a plant that is very common in cultivation. But this plant here at the Arboretum now has done very well, it flowers and produces seeds. So over time, I think the Chinese stewartia will become much more common in the landscapes of New England and the Northeast.