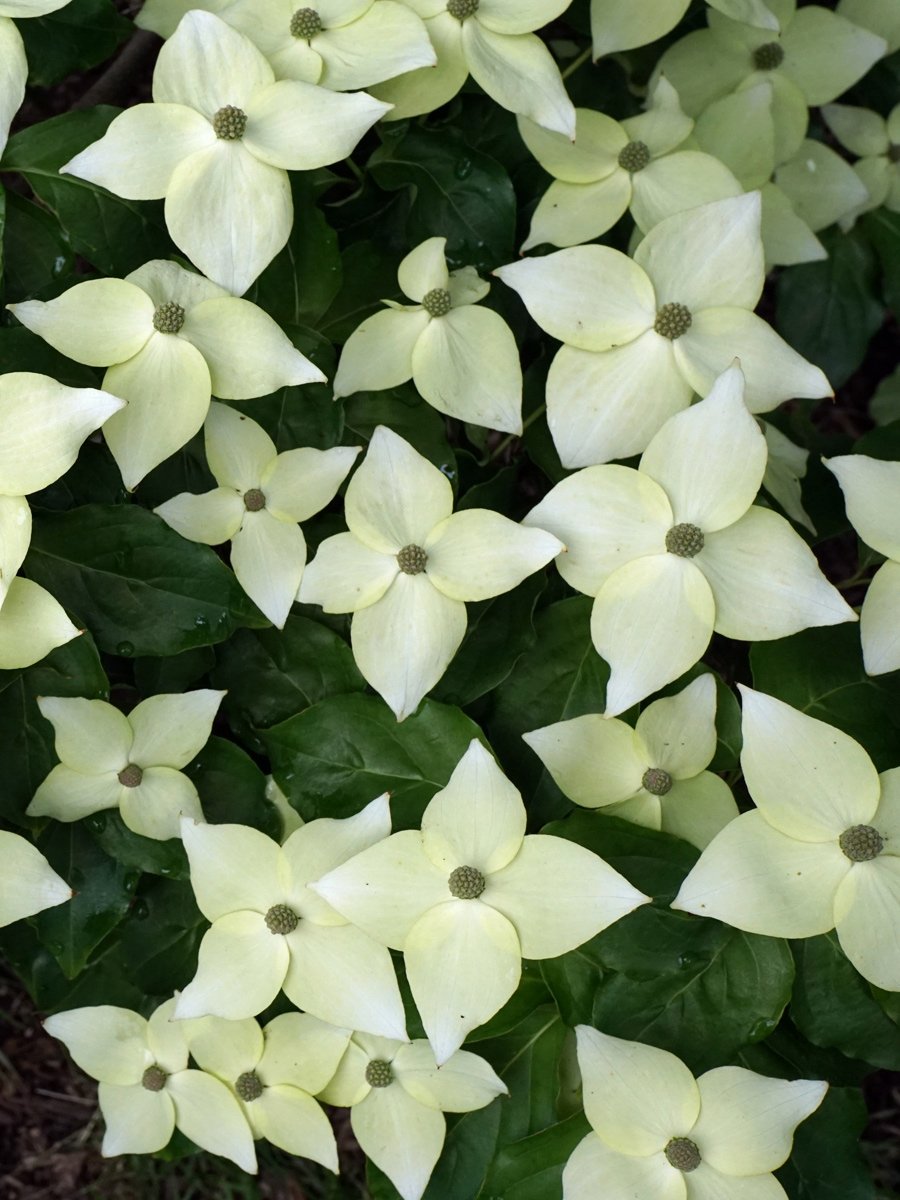 The kousa dogwood of eastern Asia bears many similarities to North America’s flowering dogwood tree. In spring, the tree blooms, each spherical green flower cluster surrounded by four white, petal-like bracts. In summer, the tree grows round red fruits. In the fall, the leaves turn a red-purple hue. In winter, the bark’s peeling tan and gray bark can be admired up close.

This is the final stop in the Explorers Garden Tour. Click the Map button below to find more featured plants throughout the Arboretum.

Learn about the Arboretum’s long tradition of plant collecting, and plans for the coming century.

Hear Arboretum Director William (Ned) Friedman talk about the effects of the Campaign for the Living Collections.

In 1880, Arboretum founding director Charles Sprague Sargent was commissioned by the United States government to conduct a census on the nation’s trees and by the Smithsonian Institution to write a comprehensive catalogue of the trees of North America.

He spent the next several years crisscrossing the country. Sargent’s friend, environmentalist John Muir, described him as “flitting from side to side of the continent… through swamps, along lagoons, and from one palmy island to another, jolting in wagons or on horseback over the plains and deserts and mountain chains of the West.”

In 1892, Sargent embarked on the Arboretum’s first international plant-collecting expedition, to Japan. Other Arboretum staff and associates would soon follow suit. The seed for this kousa dogwood was collected on the 1980 Sino-American Botanical Expedition through China. On a steep, rocky slope below a mountain road, the collaborators came upon a small, spreading kousa dogwood laden with fruits. They collected the fruits, cleaned the seeds, and shipped them to the United States.

In 2015, the Arboretum launched the 10-year Campaign for the Living Collections, organizing multiple collecting trips a year in an effort to collect 400 species from the wild. The Campaign aims to improve the Arboretum’s living collections for the next century of scientists and visitors alike. Members of the greenhouse, curation, and horticultural staff have embarked on three or four expeditions each year, tracing routes in central China, the Ozarks, Japan, the Republic of Georgia, and the Pacific Northwest.

Exploration—whether of the plants in the forests of Japan or those in our own backyard—has always been central to the Arboretum’s identity.

I’m Ned Friedman. My real name is William Friedman, but I always go by Ned, and I’m the Director of the Arnold Arboretum and also a professor at Harvard University who studies the evolution of plants.

Now, a lot of people would say, “What do you mean you’re a museum? Don’t you have to go inside and see paintings on walls, or go to a museum of natural history and see dinosaur bones?” But museums are collections of objects. And each of those objects in a museum has history. And if you have a botanical garden like an Arboretum here, all of our trees, and our shrubs, and our lianas, have history, and we take care of them, we know where they’re from. We’re a museum. We are a museum of living objects and like every museum—and you can think about art museums—you’re always trying to figure out how to strengthen your collections.

And so the Campaign for the Living Collections really represents our commitment to being a museum of natural history but instead of dead stuff, we have living stuff, and we’ve got to go get that living material—seeds—and bring those back here and grow them up.

So, what we did is, we set ourselves a goal that over a period of ten years, we would go around the world and get about 400 species of woody plants to add to our living collections here. And it takes about four to six years to take something from seed to being big enough to dig a hole for and put in the collections. And that this list would be drawn up just like it would be at an art museum, or a museum of natural history that wants another dinosaur specimen, or perhaps some other fossil that represents the history of life on earth. We would make a list so that anyone who comes here and wants to learn about the trees of the world would have even better material, richer material. And the same would be true for anyone who wanted to do science, climate change research, genomics, people who want to study the evolution of trees. We would add material to make our “walls,” meaning our grounds, even richer for everyone. So the Campaign for the Living Collections is a reminder that all museums are in the business of collecting and always rethinking whether they can make something an even stronger collection to present to the world.

So the reinvigorated period of time right now of us going around the world and collecting has had a number of effects. I’ve spoken about how important it is to bring and enrich our living collections here. But that’s only part of what these expeditions mean to us. When we go to China, we don’t go to China and just grab stuff and come home. We plan these expeditions with our Chinese colleagues who are the experts in the flora of China, and we work with people who have local expertise to get us to the very plants that we need to collect from. So when we send, for example, members of our staff on these expeditions around the world we hope that, and we know that, in fact, they are growing and becoming richer people because people whose cultures are different than ours are sharing their backyards with us.

So, the long tradition of the Arnold Arboretum collecting all across North America and around the world… to really have a successful collection, in the large sense, we have to travel, we have to explore the ecosystems of the world. We have to meet the people of the world. I think it’s made us a much richer institution because we tend to think globally. And what I think is interesting at this point in time, when the Arboretum was founded in the 1870s, climate change had begun, but no one was aware of it. People didn’t necessarily have to think about how our behavior here in Boston, Massachusetts, mattered to someone in China or someone’s behavior in China mattered to us in Boston.

But we’ve woken up to a very different sense of what the world means in terms of interconnectedness, in terms of pollution, in terms of our burning of carbon and what it’s going to do, and it turns out there are no places that live in isolation. And so our long history of being a global institution—I don’t mean globally powerful, but one that thought about how we connected to places around the world and to the ecosystems around the world—I think has made us particularly good and adept at thinking about the current challenges to humans.