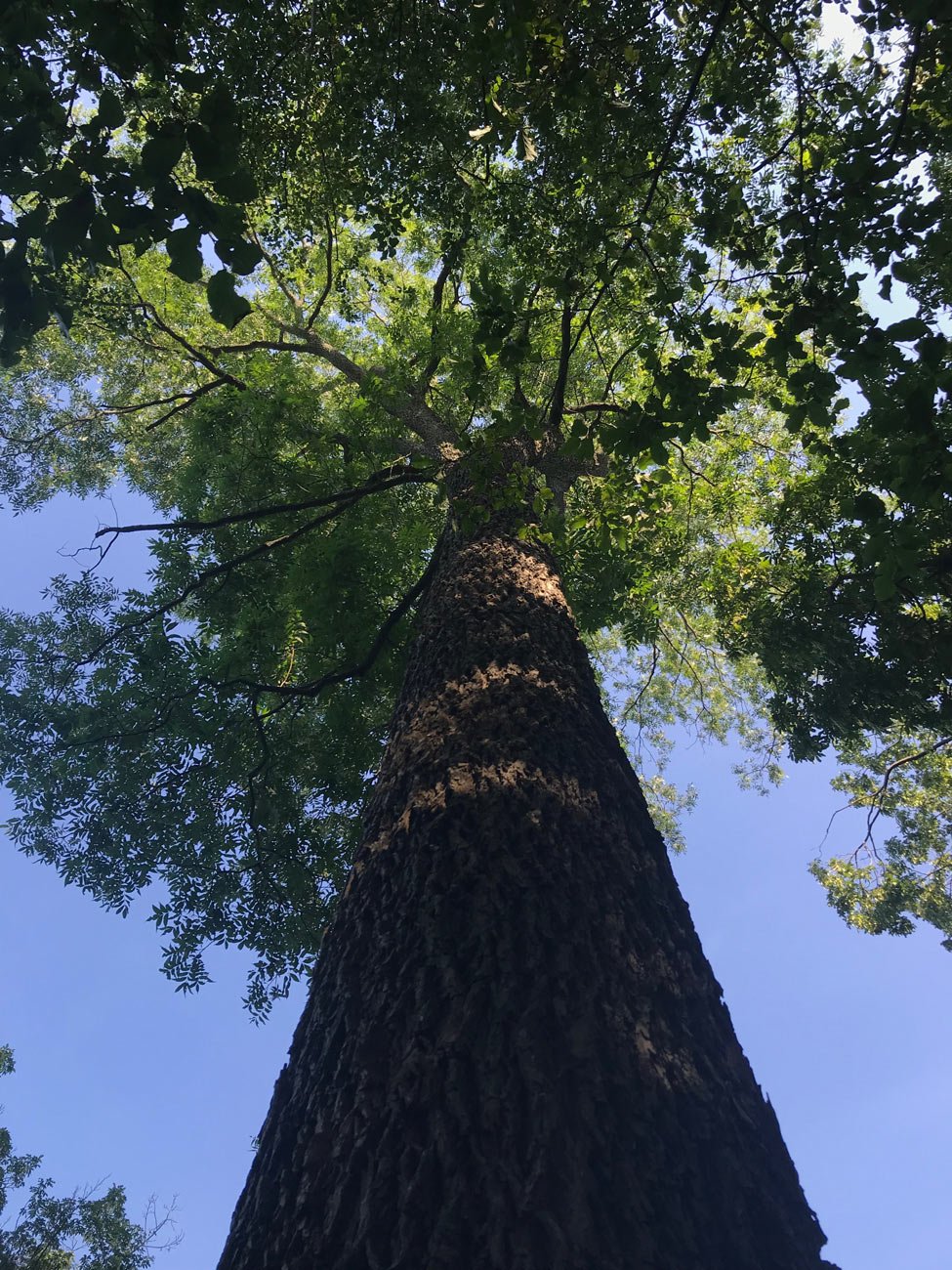 The seed for this pecan tree was sent to the Arboretum in 1882 by Robert Ridgway. Ridgway is remembered today as an influential ornithologist, but he was also a correspondent of Arboretum founding director Charles Sprague Sargent, and one of a group of people enlisted in Sargent’s efforts to obtain and study hickories. Contributions from collaborators like Ridgway formed the foundation of the Arboretum’s hickory collection, which is now nationally recognized as an important conservation collection. In spring, the rows of green leaves emerge on the branches, and small flowers develop. In fall, the nuts ripen and burst from their husks, and the leaves turn yellow-brown before falling.

Below, Editor of Arnoldia Jonathan Damery talks about Robert Ridgway's observations of the changing prairie in the Midwest at the end of the 19th century.

My name is Jonathan Damery, and I am the Editor of Arnoldia, the quarterly magazine of the Arboretum.

I grew up in the Midwest. I was raised in central Illinois, which is the land of soybean fields, corn fields, seemingly this endless checkerboard of agriculture, and, in undergrad, became involved in prairie restoration, and worked with some individuals who would collect seed from remnant prairies, and were trying to build up these larger patches. And I became really interested in the story of how these landscapes transformed, how they became the endless expanse of agriculture.

And when I first came to the Arboretum working in the curation department from 2010 to 2012, I was working on this project in the archival plant records, and became really interested in the stories of these people who were sending plant material to the Arboretum, people from this broad socioeconomic swath of North America at the time. And many of them were sending plants from Illinois, from Missouri, from Arkansas. And they had this unique view of the landscape as it was transforming. And one of the people that really stands out to me is this man named Robert Ridgway.

He was born in southeastern Illinois. He first became interested in birds because he was drawing them. He sent one of his illustrations to the Smithsonian, and one of the officials from the Smithsonian who was sort of a bigshot ornithologist wrote back to him and said, "This is a really nice illustration. You should keep doing it." And he was like, he was still a child at the time. And so, he continued, and this man Robert Ridgway ultimately became the first Curator of Ornithology at the Smithsonian, but he sort of split his time between Illinois and D.C.

One of Robert Ridgway’s early publications was this two-volume set of the birds of Illinois. And in it, he talks about the first time that he went to a prairie in Illinois in the 1870s, and he has this very beautiful description of the landscape—of the transition from the woodlands into the marginal zones out into the open prairie—very accurate and detailed observations of the birds that he was seeing there. And he talks about returning again the next year. And then it was maybe a decade or so until he went back again, and by that point, the prairie was gone.

And so, really I think there is this amazing story of observation that was happening, and people that were observing the world around them. And it was a world that was changing incredibly rapidly. There are also these great details about him at the Smithsonian Institute that he would bound up the steps two at a time. And he also would write these letters to Sargent. And they were just in this incredibly meticulous handwriting, would go on for pages and pages and pages. And he was just a very particular type of keen observer that has always sort of resonated with me.