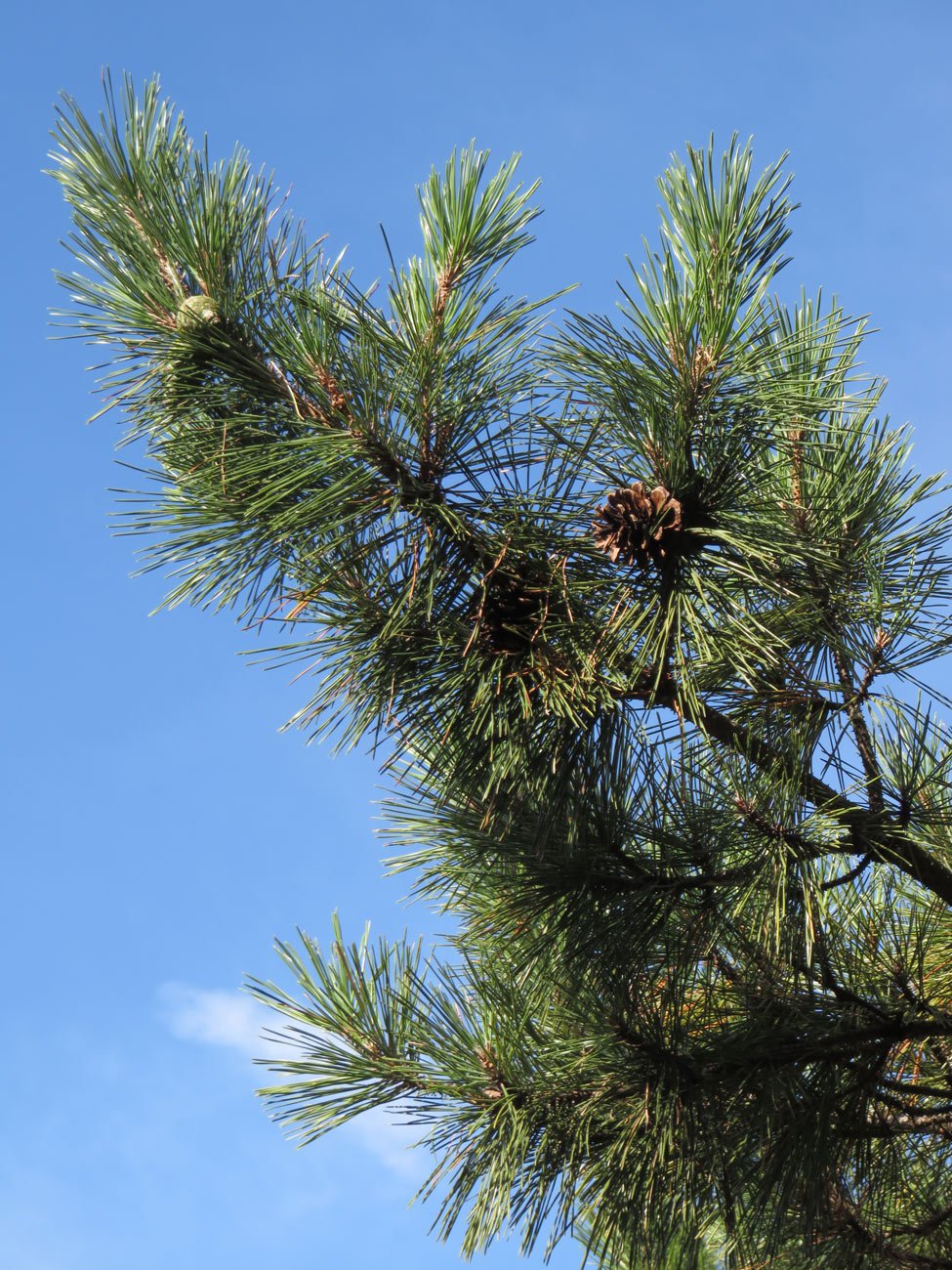 This tree was grown from seed that arrived at the Arboretum in 1919, sent from Japan by Arboretum plant collector Ernest Wilson. Over 100 years later, the tree has joined the ranks of the Arboretum’s centenarians. The tree’s dramatic architecture is due to what Wilson described as its “crooked trunk” and “ponderous, sprawling branches.” An evergreen, the Japanese black pine retains its dark green needles year-round. In spring, the cones open and release pollen. Seeds are released from the cones in late winter.