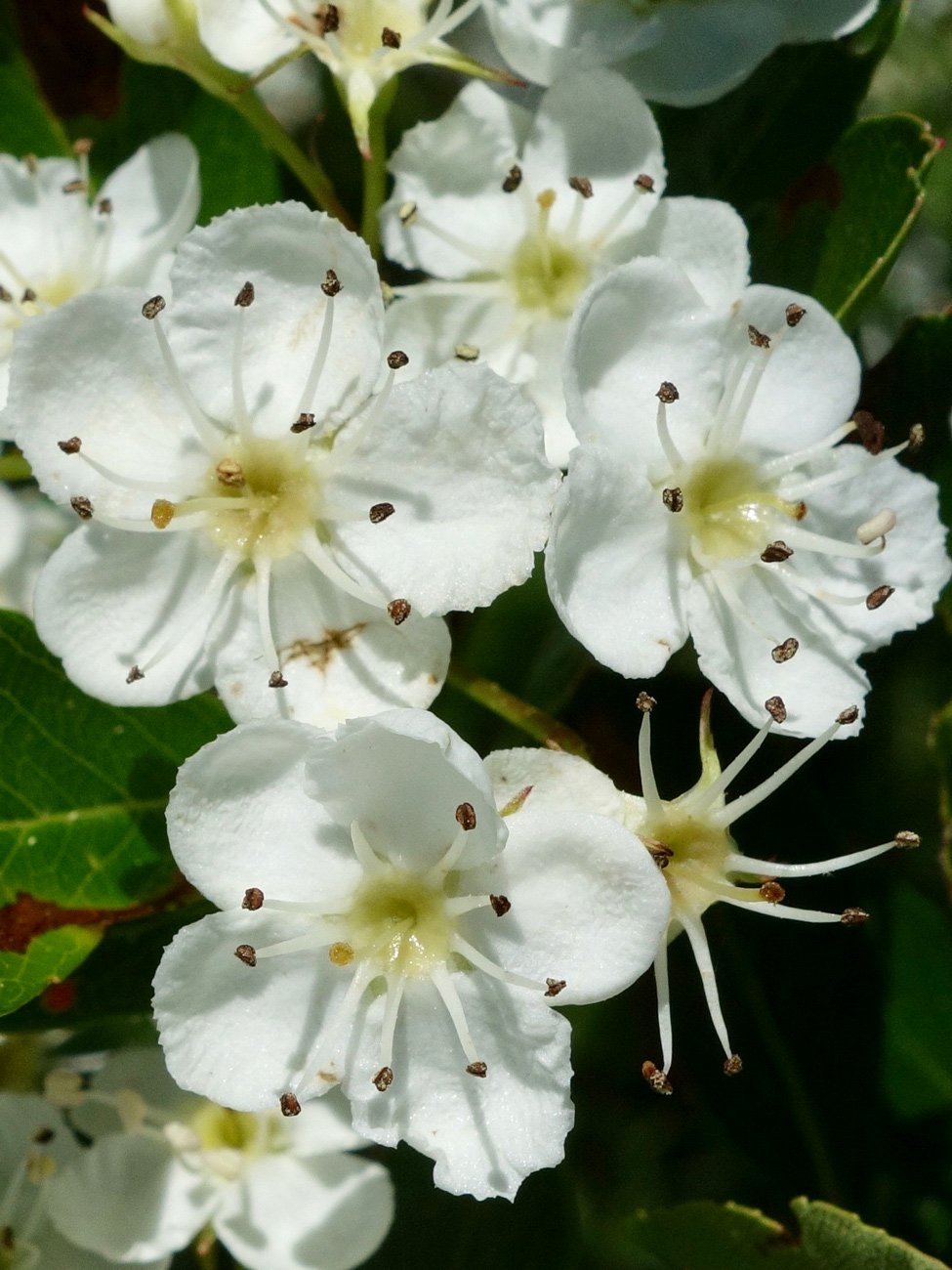 The seed for this tree arrived at the Arboretum in 1906, sent by Benjamin Franklin Bush, a general store owner in Missouri. Bush was an avid botanist and a correspondent of Arboretum founding director Charles Sprague Sargent. In spring, the tree grows white flowers, followed by round fruits. These fruits ripen to a deep red in the fall, and the tree’s glossy green leaves turn striking shades of orange, red, and purple. In winter, the long thorns and branch structure are most visible.

Jonathan Damery is Editor of Arboretum magazine Arnoldia. In the segment below, he talks about Benjamin Franklin Bush’s contributions to the Arboretum, and founding director Charles Sprague Sargent’s interest in classifying hawthorns.

My name is Jonathan Damery and I’m the Editor of the Arnoldia, the quarterly magazine of the Arboretum.

So Benjamin Franklin Bush is one of these characters who I’ve always been sort of obsessed with from the Arboretum history. He was a grocery store owner in a small town outside of Kansas City. He actually moved to the area with his mother in the 1860s, when the railroad had just been put in between eastern cities and Kansas City… so sort of following the railroad out into the prairies, really.

And Bush, as a young kid, became really interested in birds initially. Along the way, he became interested in the plants, as well. And in the early 1880s even, he began publishing articles on the flora of the county where he lived. And then ultimately, in the early 1890s, he published a book on all the trees, shrubs, and other plants of Missouri. So, he really became a major figure in the sort of world of western botany.

And the amazing thing, though, is that he did it all while running this general store. So there are these amazing stories of people coming in to see him at the shop and he would have herbarium specimens arrayed around him, and then the mail would come in and he’d have to put the herbarium specimens away, sort the mail, or somebody would come in to buy a plug of tobacco or something like that. And so really living these dual lives.

The other thing about Benjamin Bush that has always struck me is the fact that he was doing a lot of his field work by… he would take the train and then he would just get off at these stations in southeastern Missouri and Arkansas, and just walk on foot to do his field work. And there is a great story of him going into this town in Arkansas where he would ultimately go back several times, and it was only on one of those later visits that one of the local people admitted that they were so suspicious of him when he first arrived, that they thought that he was a federal investigator looking for moonshine. So they actually deputized one of the townspeople to follow him around with a squirrel rifle, just to make sure that he wasn’t actually there snooping around. I always kind of wonder whether or not to those townspeople that it would’ve been ... Is it weirder to have a federal investigator in the neighborhood or to have somebody that really is just collecting plants?

So Bush was collecting all sorts of plants for the Arboretum and we still have a number of plants that came directly from him, in addition to this hawthorn, that are growing here. Including some species that were new to science that were described based on Bush’s collections. There’s a species of witch-hazel and one of those original plants is growing by the Hunnewell Building, the Arboretum’s historic administration building.

But more than anything what Bush was collecting for the Arboretum were hawthorns. Charles Sargent, the founding director of the Arboretum, became, around the turn of the 20th century, became obsessed with hawthorns. The whole slope of Peters Hill where now we have the hawthorns and the crabapples was planted out in a sort of grid-style orchard with maybe 700-some hawthorn plants. And part of the reason why Sargent was so interested in this is because the taxonomy around hawthorns, even today, is quite vexing. Hawthorns can do these sort of unusual things like there’s apomixis, which is the ability to form seed without actually having pollination. There’s a lot of hybridization. These sort of hybrid swarms, especially between closely related species. So even now, with the tools of molecular genetics, these are things that are difficult to sort of untangle. But Sargent was doing that over 100 years before and the only way that he could get to the bottom of it or at least could attempt to get to the bottom of it, was to have people just collect from all over the range of hawthorns.

To me, the hawthorn collection is actually one of my favorite collections at the Arboretum, in part because there are so many of these wild-collected plants, and because it was such an obsession of Sargent’s. It’s the place where you see, I think, the greatest concentration of these plants that were received from largely avocational scientists. Just down the road, there’s the plant from a telegraph operator named Virginius Chase in northwestern Illinois. There is a tree from a banking and railroad executive named William Canby. Really this amazing, again, type of cross section of North America at the time, all growing right here.