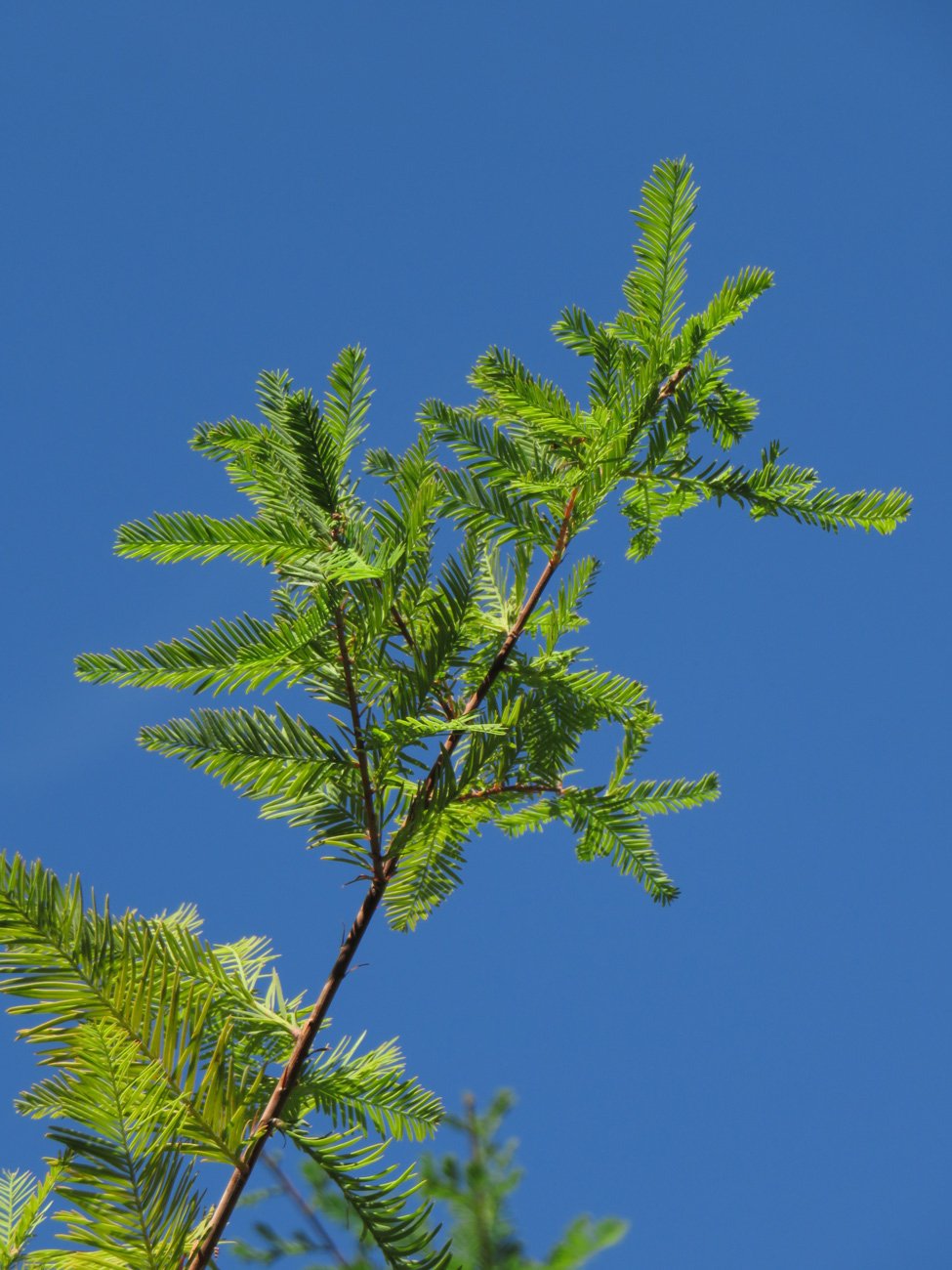 The seed for this bald cypress, and many of the trees in the grove behind it, was collected by Arboretum scientist Peter Del Tredici in 1992, along the Wolf River outside of Memphis, Tennessee. Native to the southern United States, the bald cypress grows “knees”—or pneumatophores—protrusions that emerge from the ground around its trunk. As a deciduous tree, the cypress grows green needles in spring. In fall, the needles turn an orange-red, and drop, leaving the grooved trunk fully visible throughout the winter.