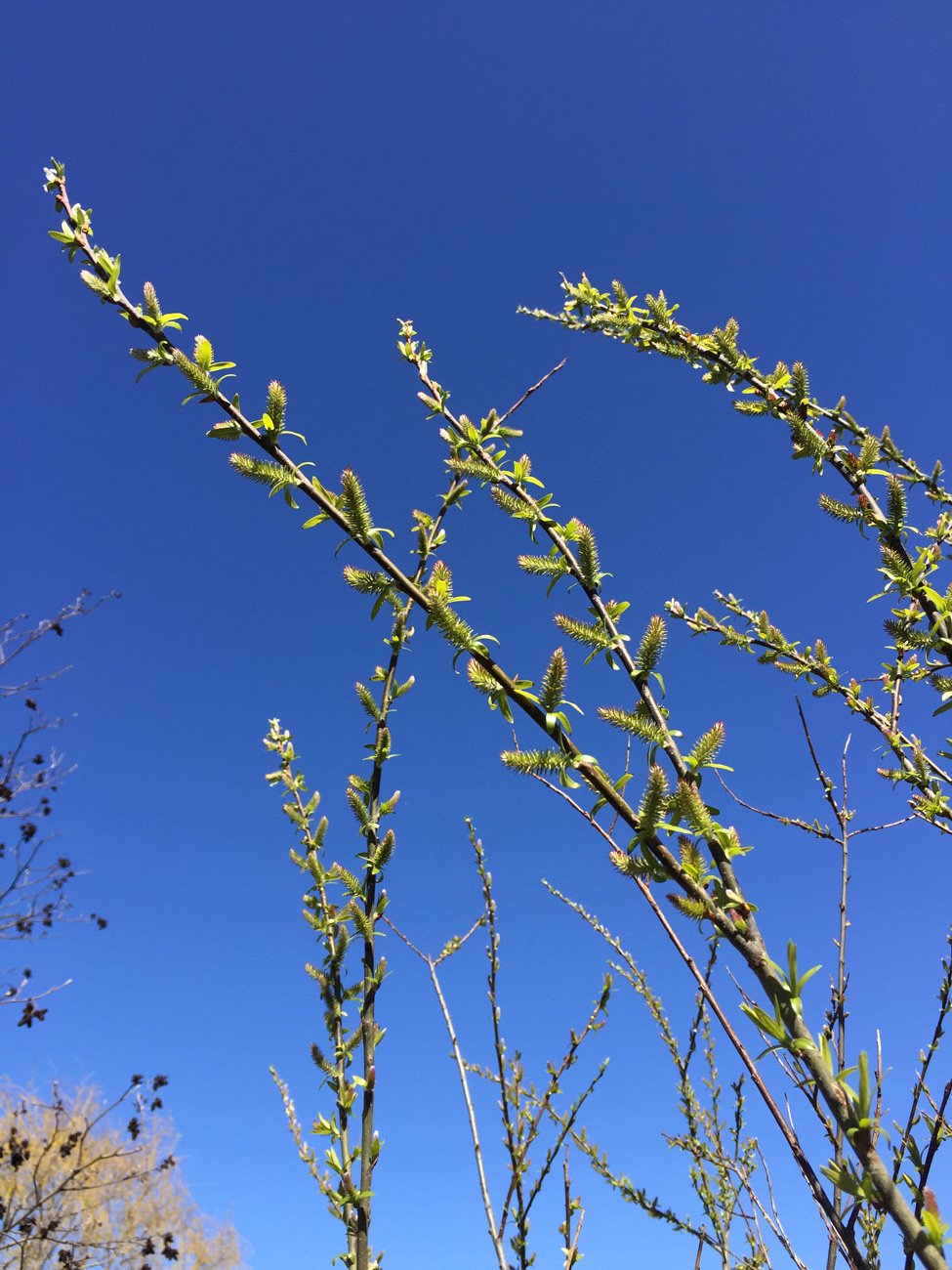 The North Meadow is the area across from the Hunnewell Visitor Center. The area is among the wettest at the Arboretum, and is home to wildlife and plants that enjoy moist soil, including willows, alders, and cattails. The Arboretum’s naturalistic landscape is supported by careful water management. Goldsmith Brook runs from the eastern side of the Hunnewell Building and horticultural garages, through the dawn redwood grove in the North Meadow, underneath the Arborway, and into the neighborhood of Jamaica Plain. The ponds in the Bradley Rosaceous Collection ultimately drain into the North Meadow.

Gardener Brendan Keegan talks about the wildlife found in the North Meadow in the audio segment below.

My name is Brendan Keegan. I’m a Gardener at the Arnold Arboretum.

The North Meadow is the wet meadow located right across from the Hunnewell Building. It’s the first thing that visitors see when they walk into the main gates of the Arboretum. It’s worth noting that it looks unmanaged, so when visitors see it, there’s not a whole lot of accessioned plants you can walk up to. There are no paths that go through it, but I think that’s important, because it was actually designed that way by our founders. Both Olmsted and Charles Sprague Sargent intentionally left this area wet and kind of unkempt as this way to remind visitors of the more natural environment that they were seeking to mimic with the Arboretum as a whole.

Since it is relatively unmanaged compared to the rest of the landscape, the wet meadow is a really good place to look for a lot of spontaneous plants, as well as a lot of wildlife. So visitors who are walking along the edge of the meadow or looking out across it will likely see several species of birds that they might not see elsewhere, such as red-winged blackbirds. There’re often mallards in the reeds. Herons will often be poking around there. We have great blue herons and, occasionally, green herons. They can sometimes be seen among the cattails. There’s also a lot of smaller wildlife that are interesting. One of our docents has several times seen American mink, which are relatively rare in Boston and are always fun to see. Muskrats build their homes there and often clog up our drains.

But I like it a lot just because it is a more wild part of the landscape. As far as plants go, we minimally maintain it. So we have a horticulturist, Colin McCallum-Cook, who is responsible for that area. But unlike, again, other parts of the landscape, it’s not often weeded or pruned. Trees are not often removed from there. And so there’s a lot of spontaneous trees that pop up, a lot of spontaneous herbaceous plants that visitors can see there throughout the year, which—in my mind—is really good, because it encourages a lot of species to live there, and to grow there, that might not otherwise have a place in this landscape. And it, again, reminds me of the purpose that the Arboretum’s founders and director had for this landscape as part of a larger ecological system.

One of the reasons that I like the North Meadow so much is, again, just because of its reminder of the role of the larger ecosystem in our landscape, which was intentional by Olmsted and Sargent. And I think often visitors pass by it without taking a closer look at the spontaneous plants that pop up there, things that we don’t plant, or don’t cultivate, but still thrive in that area.

An example would be ... one of my favorite kind of random plants—or spontaneous plants, not random—in the wet meadow is jewelweed. Jewelweed is another beautiful little plant that grows along the margins right behind the Azalea Border. And jewelweed has these nice yellow flowers, and then in the fall has these pods that pop open on contact, so if you brush up against them, the seeds will explode outwards.

And I think that’s a really great plant for many reasons. One, it’s just a pretty native plant, and it’s good for pollinators. And then, two, as far as education, again, most visitors just walk right by and don’t either think about the plants in the meadow, or aren’t really concerned with them. And that’s a good plant just to catch people’s eyes as far as our spontaneous species, and then as far as just learning about plant dispersal, seed dispersal, and the unique ways that these many species thrive. And the seed dispersal mechanism of jewelweed is something that I always find entertaining. And in my experience, especially, children find it very entertaining as well.