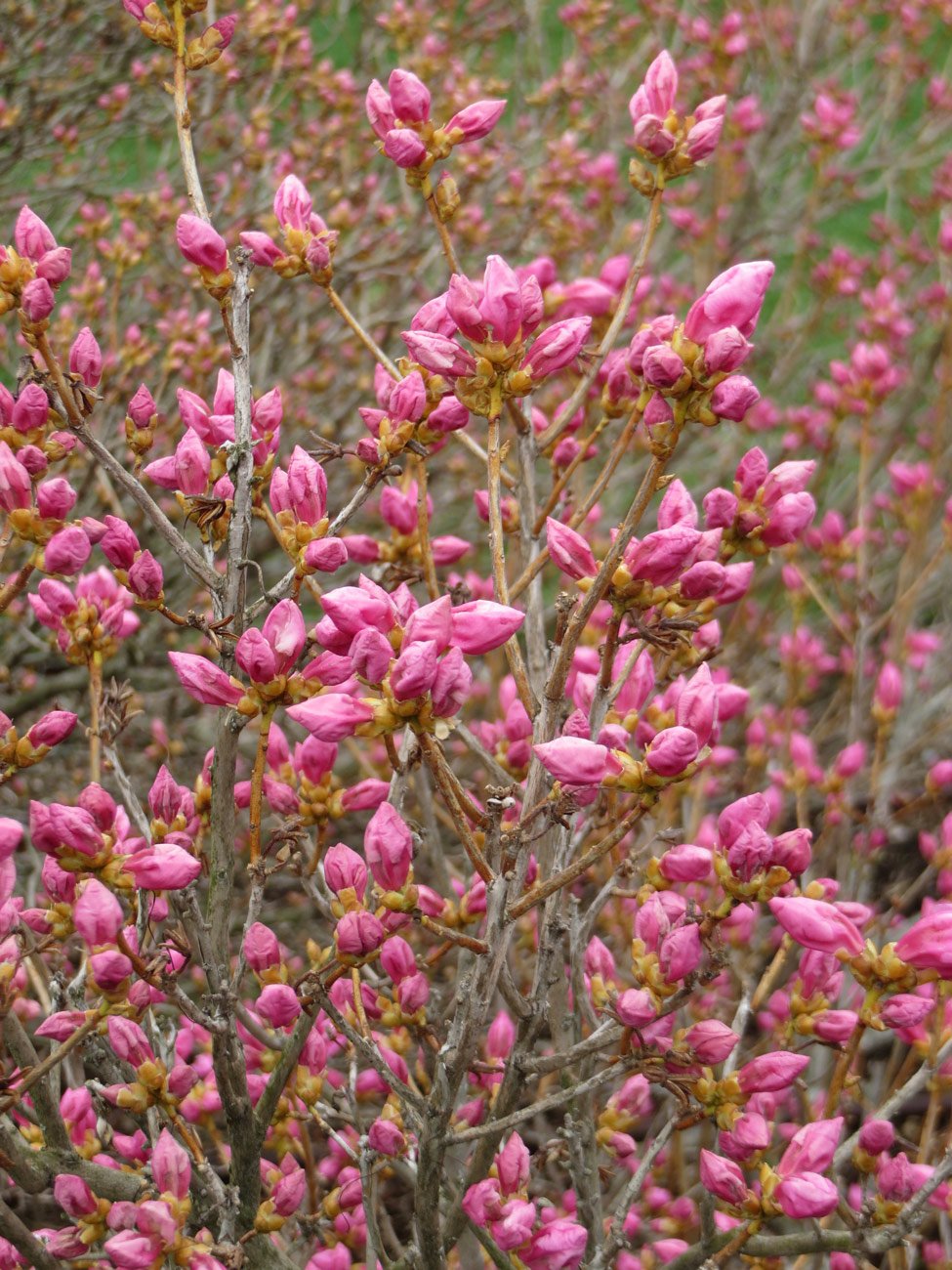 The M. Victor and Frances Leventritt Shrub and Vine Garden was dedicated in 2002. At three acres, the garden—the most manicured area of the Arboretum—showcases over 650 plants in a compact, easily walkable area. The garden’s ornamental shrubs and vines are grown in a series of terraced, linear planting beds. At the southeastern end of the garden, several dozen vines grow on modular steel trellises. The top of the garden also includes a covered pavilion and the entrance to the dwarf conifer collection and bonsai and penjing pavilion.

Horticulturist Gregory LaPlume maintains the Leventritt Garden. Listen below to hear what he likes about this area of the Arboretum.

﻿My name is Gregory LaPlume and I’m a Horticulturist here at the Arnold Arboretum.

My favorite part about the Leventritt Garden is that you can be a complete stranger to horticulture and you can walk into this one three-acre plot, and just be mesmerized and astonished by the amount of taxa which are in this one garden, and the amount of species. There are about 16,000 accessions within the entire grounds, and there’re almost 700 accessions alone just within three acres. So, if you were somebody who was trying to learn and develop your horticultural knowledge, you could just spend hours and hours within the Leventritt Shrub and Vine Garden, and just learn the majority of taxa that you needed to have a good palette of plants underneath your belt.

One of my favorite areas of the Leventritt Shrub and Vine Garden, which is easily passed by, by thousands of people every single year, as you’re going along the dry brook, it’s Terrace 6. And right in front of Terrace 6 most people, their eyes are drawn right to the Acer griseum, which is the paperbark maple, and they lose sight of Terrace 6, which has a whole bunch of Ericaceae species. And so, your blueberries, your rhododendrons, your pieris… and they’re very subtle with their flowering, but they hold a very special meaning to me, especially for someone who grew up in New England and had blueberries and Ericaceae species all over the place.

You can easily pass by and not notice the blossoms. And it’s just a nice little cool spot during the summer because you have the large sugar maples, which are overhead protecting you from the direct sunlight. And so, you have the dry brook with masonry work, and you can just relax and just feel a little bit more of a coolness coming off of the woodlot right next to you, and you’re just a little hidden away and everybody is looking at everything else that has a lot more quote unquote glamor to it, but it’s just this nice little subtle area that people would walk right by.

The Leventritt Shrub and Vine Garden is almost like a secret garden. If you’re along Meadow Road and you’re looking through the lindens and you just see all the basswood and then just underneath the canopies you see this open, great lawn area and it’s green and it’s flush and it’s hidden because it’s three acres, which are hidden behind the North Woods esker, and it’s off to the side of the entire grounds. And then, unless you have a specific path that you’re going through, you know exactly where it is. It does hold a little bit of a secret garden type feel to it.

And once you get in there and you see all the stonework and the terracing, and then you just start walking in between the terraces and you’re just overwhelmed by the amount of plants, and there’s always something in bloom all year from winter through summer, every season there’s something that’s very great to look at and you can just get lost anytime in the season. And it’s the most unique part of the garden, it’s just this hidden little gem that a lot of people do visit, but a lot don’t visit because everybody’s going to the larger section of the Arboretum. And then there’s just a little compact garden that just says, “Wow.”