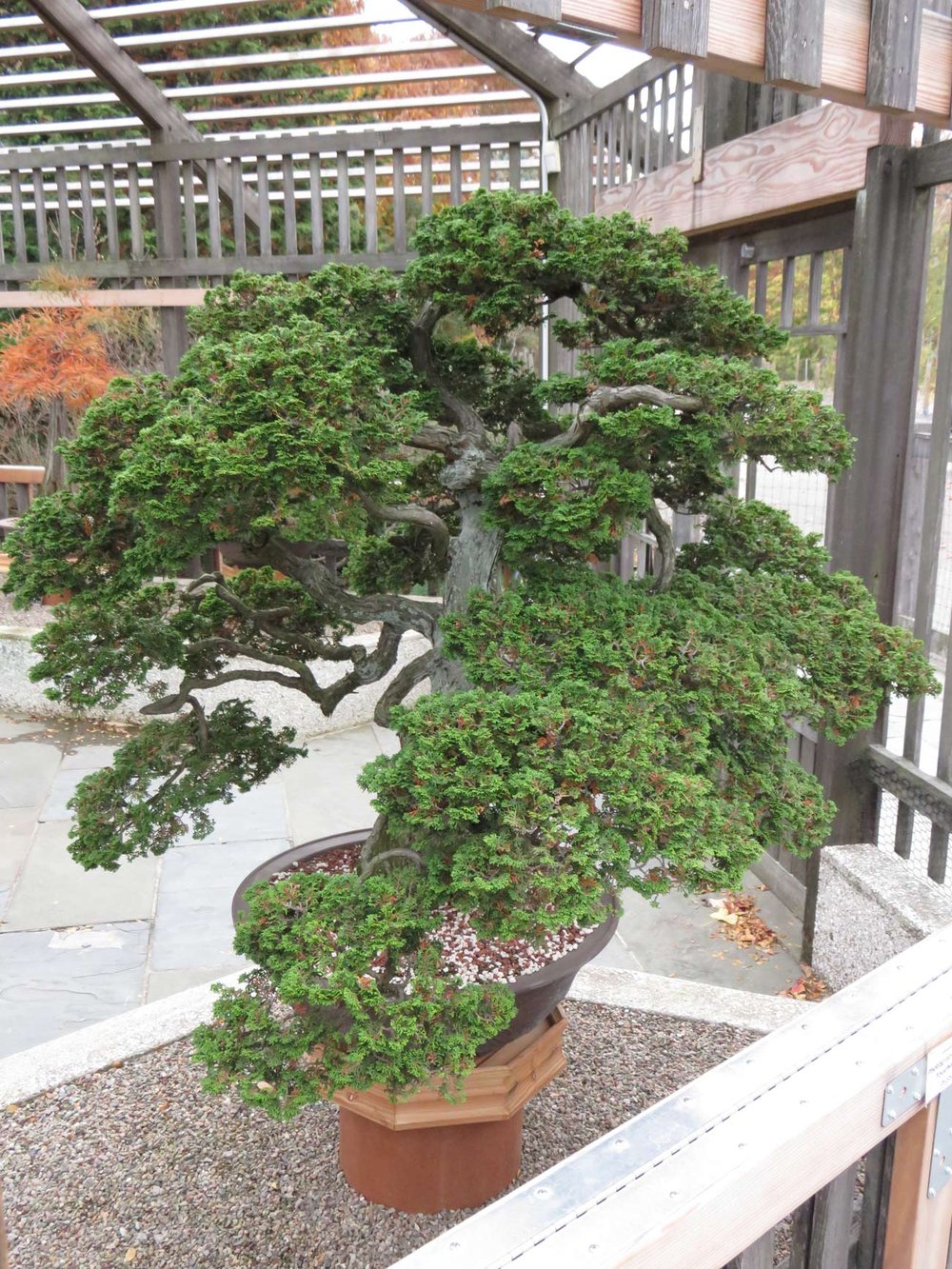 The Arboretum’s Bonsai and Penjing Pavilion houses the country’s oldest intact bonsai collection, with several trees over 275 years old. “Bonsai” and “penjing” are the Japanese and Chinese names referring to trees that are cultivated to remain small and mimic the shape of fully-grown trees. The Arboretum acquired the foundation of its collection in 1937 with the donation of 30 specimens from the collection of Larz Anderson, a former ambassador to Japan. The bonsai and penjing are unusual among the Arboretum’s plants since they live in pots, which means they can move. This is helpful in during Boston’s cold winters. The trees spend the period between November and mid-April in the cold storage facilities of the Dana Greenhouses, which are just beyond the pavilion.

Steve Schneider is the Arboretum’s Director of Operations and Public Engagement. He also curates the bonsai and penjing trees. Listen below to hear about goals for the collection and the challenges of raising these trees.

﻿I am Steve Schneider. I am the Director of Operations and Public Engagement here at the Arnold Arboretum.

I am responsible for oversight in the horticulture department, which includes maintenance and includes plant production. I also manage the Bonsai and Penjing Collection. But I also work very closely with facilities, facilities maintenance, as well as the public programs department, which encompasses visitor engagement as well as adult education and children’s education. But another big part of my role here is to engage the community at the levels of the city of Boston and as well as state and federal government agencies.

But aside from that, the collection has been rather static, and we are looking to change that. So about three years ago we introduced 10 new plants from a local bonsai artist. His name is Martin Klein. He has been part of the east coast bonsai movement for about 45 years, and Marty donated 10 really wonderful plants to the collection. And that really has, I would say given the collection some uplift in terms of bringing it from being a very static collection, museum-type collection, to something more dynamic, something that really does put the living in living collections.

Another way we are growing the Bonsai and Penjing Collection at the Arboretum is through conservation efforts through the Living Collections campaign, which is a 10-year effort to bolster our living collection’s holdings out in the collections proper. We are beginning to tap into some populations, some plant populations out there that are marginally hardy. And some of those marginally hardy species are on our conservation list. They are protected or endangered species that may or may not do well in the Boston climate, but we still want to hold the germplasm.

One thing that we realized was that we can use the dwarfing properties of bonsai and penjing to preserve germ plasm for those species that might not grow within the collections proper.

The general public know us for our lilac collection, but our bonsai collection does not have lilacs in it. And so we are in the process—it’s about a five to 10 year process—we have taken some nursery stock, we are growing it, and we are beginning to train those plants into a dwarfed form of lilac.

So we hope to be able to have more examples in the Bonsai and Penjing Collection of plants that have been made into bonsai that are also represented out in the landscape in their full size in the ground, so that people can compare and contrast the difference in shape and form, and see that essentially you can bonsai pretty much anything. It’s not necessarily the plant; it’s all about the treatment that it gets.