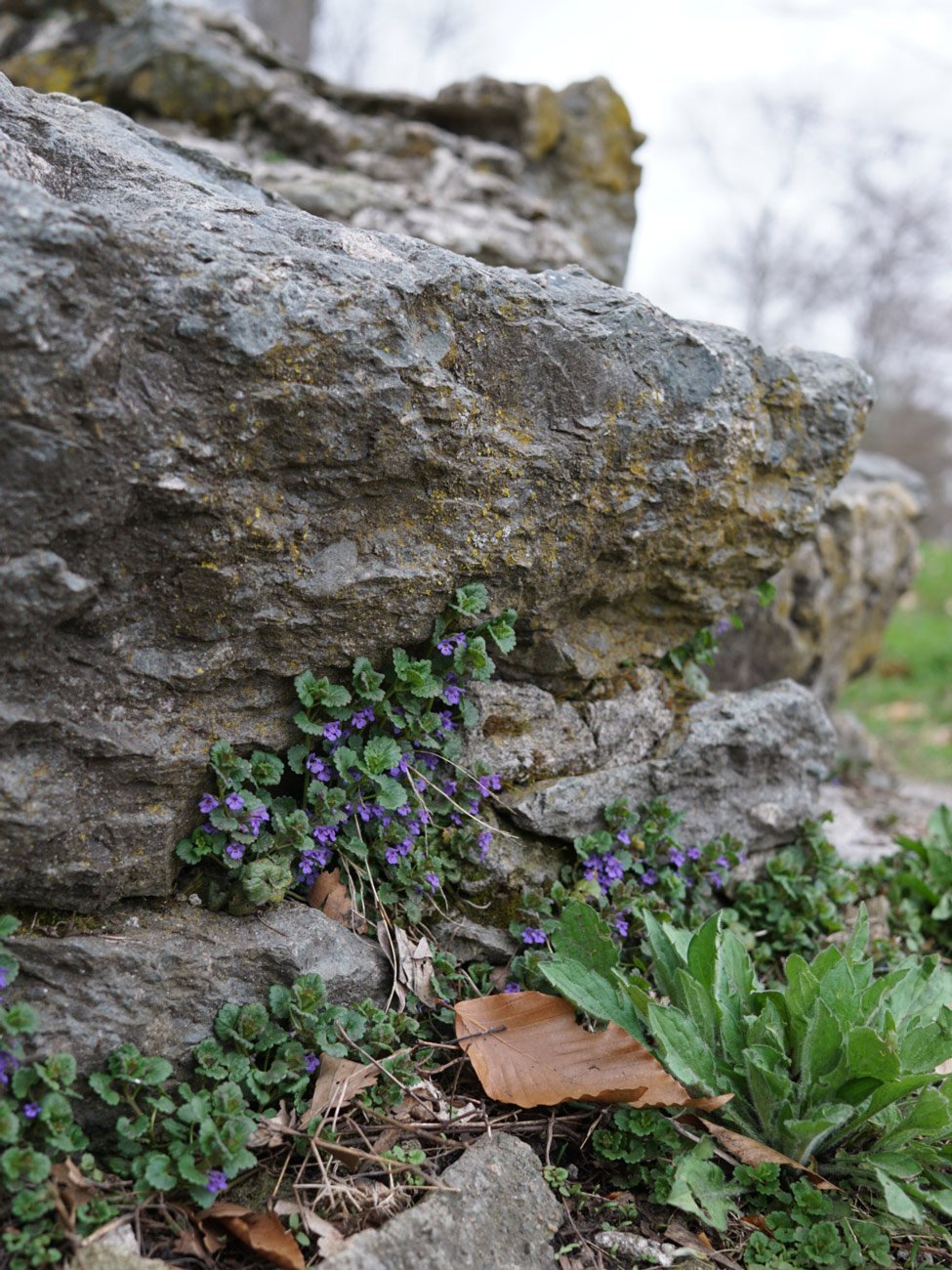 These foundations mark the site of Bussey Mansion, a home built in the early 1800s by Benjamin Bussey, who had developed an interest in agriculture after a successful career in business. He bought many of the parcels of land around this site, and constructed a neoclassical house on the side of this hill. From this place, Bussey and his family entertained friends, welcomed visitors, and supervised the agricultural and horticultural pursuits on the grounds. When Bussey died, he left the estate to Harvard University. The land, in combination with a financial bequest from James Arnold, formed the basis of the Arboretum. Today, the top of Bussey Hill offers views of the Blue Hills and downtown Boston.

Head of the Library and Archives Lisa Pearson speaks about the life and legacy of Benjamin Bussey in the segment below.

My name is Lisa Pearson and I’m the Head of the Library and the Archives at the Arnold Arboretum.

Benjamin Bussey was a Boston merchant. He was originally born in Stoughton, Massachusetts, and served in the Revolutionary War. During that time, he was a quartermaster and in his time as a quartermaster, as part of his duties, he learned how to wheel and deal, and skills that would set him up well in later life. He then, after the war, apprenticed himself to a Hessian silversmith-goldsmith, and learned that trade and then got into doing trading, setting up trading ties to Europe.

This was, of course, after the Revolution, and there were opportunities for smart young men who were go-getters to make some money. And he did. And he actually made quite a lot of money, and he began to speculate in real estate. He owned, at one point, a large portion of Bangor, Maine. And then got into owning woolen mills. He had woolen mills in Dedham, and by about 1800, he felt that he was comfortably situated enough that he could buy property and set up a country house, a country estate, which he did in Jamaica Plain. And it was this estate, that he assembled from about 1800 up until his death in 1842, that he would later bequeath to Harvard University, and which would become, much later, the Arnold Arboretum.

When Benjamin Bussey made his will, he specified that the land should be donated to—or bequeathed to—Harvard University. He wanted to make an institution for education in agriculture and horticulture. At that time, he had bequeathed some property to go with it that would provide income, but because of the life tenancy that his heirs had on the property, and because of those funds needing to build money for an endowment, the University didn’t proceed any further at that time. In 1871, however, the heirs allowed about 10 acres or so to be set off from their property, and that area became the Bussey Institution, which was at that time an undergraduate program in agricultural education for Harvard students. Later on, the Bussey Institution morphed into a graduate program in genetics, and was a graduate program in genetics for a number of decades after that.

Benjamin Bussey’s bequest of property and a small amount of funds for its upkeep wasn’t quite enough to really make an institution. It took an influx of funds from a man named James Arnold.

Now, James Arnold was a whaling merchant from New Bedford. He did not himself have ties to Harvard University, but he had his brother-in-law, who was tied to the University. His name was George Barrell Emerson. He was notable for the book that he had written about the trees of Massachusetts, which was a good early study of Massachusetts trees. He was also noted for his role in pioneering education for girls. He ran a school for the education of girls in Boston, and he was quite a progressive thinker and educator for young women.

He, as I said, was also James Arnold’s brother-in-law, and he knew about, through his Harvard ties, knew about Benjamin Bussey’s property, and he was one of the people that helped James Arnold plan his will and think about what his money could do if it was made as a bequest. Arnold made his bequest not directly to Harvard University, but as a fund. And then it was Emerson who brought the University’s attention to this particular fund, and persuaded the University to accept it as a bequest to the University. And it was then Bussey’s land, joined with Arnold’s money, that was what then allowed the Arnold Arboretum to be created as a viable institution.