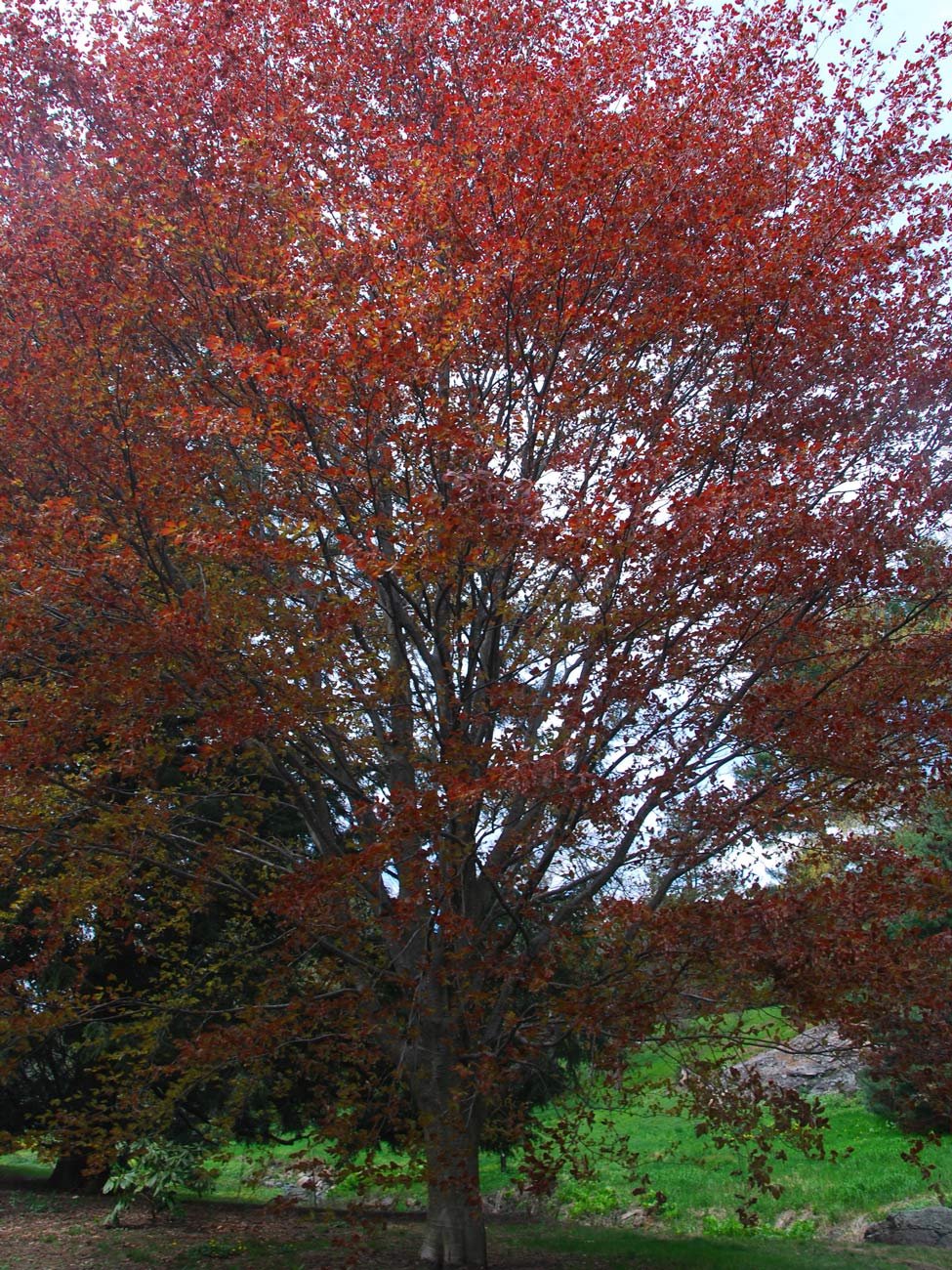 Roughly 8,000 years ago, indigenous peoples began hunting, making tools, and—occasionally—living here, beside what we now call Spring Brook. Over the years, Arboretum staff members have uncovered projectile points (likely arrow heads and spear tips) and toolmaking artifacts in a few places across the Arboretum’s landscape. About 100 artifacts have been found, dating from the Middle Archaic Period (8,000-5,000 years ago) to the Woodlands Periods (3,000-400 years ago). These objects now reside in the Arboretum library’s archive in the Hunnewell Building.

In the segment below, Head of the Library and Archives Lisa Pearson talks about what the artifacts may tell us about the people who made and used them.

﻿My name is Lisa Pearson, and I’m the Head of the Library and the Archives at the Arnold Arboretum.

On the Arboretum grounds, there have been found a number of Native American artifacts, and some of these are very ancient. There are some that date back to the Middle Archaic Period, which is around 6,000 years before the present time. There are also Late Archaic Period artifacts and a lesser amount from the Woodland Period, which is approximately 2,000-3,000 years ago up until about 400 years ago.

The artifacts are primarily points. They would have been points either for spears—perhaps spears that were thrown with spear throwers—or else very small ones that might possibly have tipped arrows. Although, the majority of the points are ones that are somewhat larger that could possibly have been tipping spears.

There are other sorts of objects as well. There are objects that were used perhaps for pounding. Other ones that were used for scraping—perhaps for scraping animal skins or other sorts of tasks. There are also just flakes that had been chipped off of larger pieces of stone, that had been struck perhaps with a hammer stone and then broken off. So, our collection does have a number of different things.

These Native American artifacts are not the only artifacts that we have in the archives at the Arnold Arboretum. As well as many, many paper items—including correspondence, and letters, and reports, and things of that nature—we also have physical objects. One of them is even Charles Sprague Sargent’s American Civil War uniform. He was in the Union Army, and we have a coat that he wore during that time, as well as his shoulder boards, that indicate his rank of Captain in the Union Army. In addition, we have two of his swords that he carried, we assume that he carried, at that time.

Ernest Jesse Palmer was associated with the Arnold Arboretum for probably almost 40 years. He had initially come to the attention of Charles Sprague Sargent as a plant collector, and he worked as a contract plant collector for the Arboretum for about 15 or so years. Then, in the 1910s or 1920s, he came to Boston. He had been based out in Missouri, and he came to Boston, and became employed at the Arboretum itself. He worked doing roles in curation and different tasks. But one thing that he was particularly interested in were the native artifacts that were being found on the grounds by the crew. He, in fact, instructed the horticultural crew to bring him any objects that they might find and to make a note of where they had been found on the grounds. So, from those collections of Palmer… he seemed also to be someone who could find artifacts himself very astutely and very well. He located a number of artifacts and put together a collection probably of 60 or so different points, primarily points, that became the basis of our collection.