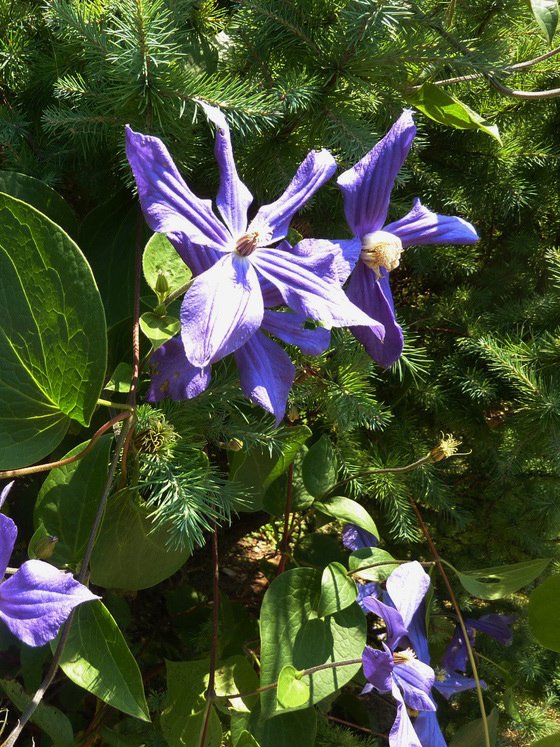 This stop is excerpted from Planting Edo, a field guide created in partnership with the Harvard Art Museums. The guide pairs Arboretum specimens with paintings from the Museums' exhibition Painting Edo: Japanese Art from the Feinberg Collection.

Clematis—seen here climbing another plant in the left part of the screen—are members of the Ranunculaceae plant family and were first imported to the United States in the early 1800s. They are apetalous plants, meaning they have no petals. Instead, clematis flowers reveal color from their sepals (whorled organs of the flower that arise below the petals), stamens (the male pollen producers), and pistils (the female ovule producers).

There are many different types of clematis with different flower colors, shapes, and sizes, but one thing that most have in common is their vining structure. Unlike most vines, which wrap their stems around supports to grow upward, a clematis uses its petioles, or leaf stalks, not its stems, to twine around supports that allow the vine to continue its upward growth.

Kazaguruma means pinwheel or windmill in Japanese. By the mid-17th century, kazaguruma had become a seasonal term, signifying early summer in haiku poetry. You’ll find clematis climbing another plant in Flowers of the Four Seasons, produced by the Sōtatsu School and featured in Painting Edo. 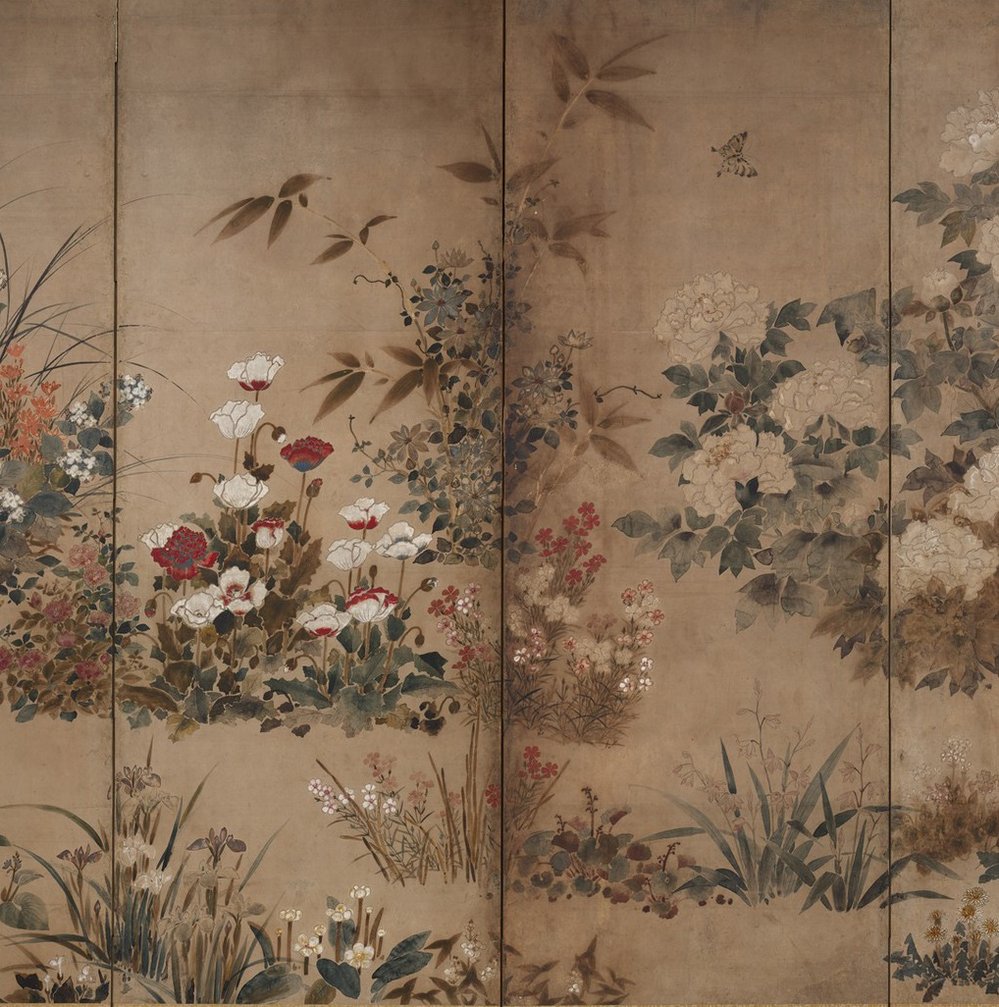